Your online store is a technology company and not a trading company! Buzz words such as customer intelligence, deep learning, big data, and machine learning are more or less the synonyms of artificial intelligence. All of them concern issues related to the processing of vast amounts of information that are available at our fingertips. Until […]

Your online store is a technology company and not a trading company!

Buzz words such as customer intelligence, deep learning, big data, and machine learning are more or less the synonyms of artificial intelligence. All of them concern issues related to the processing of vast amounts of information that are available at our fingertips. Until recently, the challenge faced by retailers was to move their trade to the internet. Today, the chance for retailers selling online is to use marketing automation and big data to build a technology company.

The fact that marketing automation and machine learning are not only „buzz words” or a fleeting trend is evidenced by the success of the two giants of e-commerce: the world leader, Amazon.com, and the European giant – Zalando. Let me tell you what is the secret behind the success of these two online stores and how a store with a smaller budget can join the ranks of companies that base their success in eCommerce on modern technology. 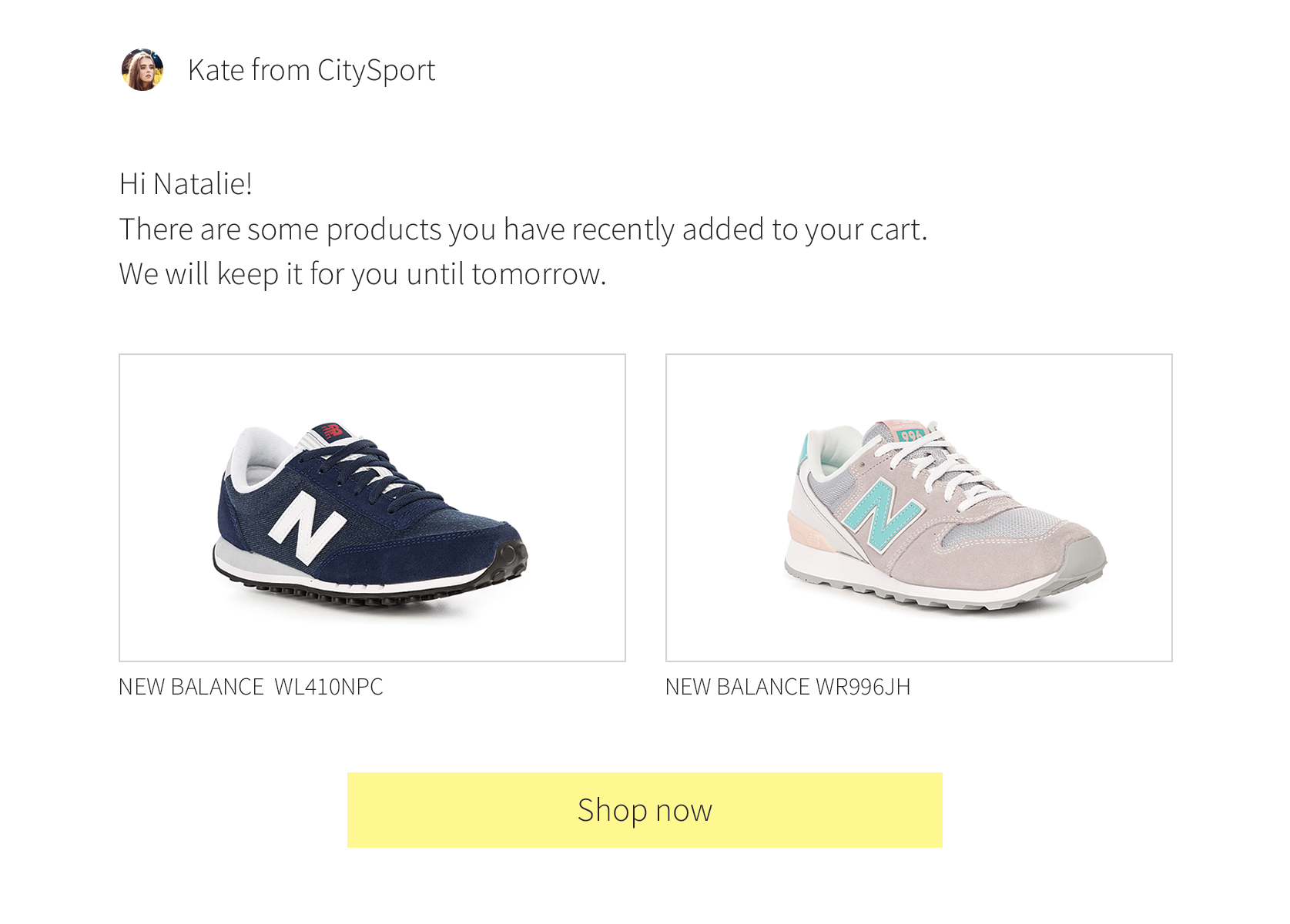 Usually a decade or two must pass, for pioneering solutions to become available to a wider group of market players. Until recently algorithms and artificial intelligence were reserved only for a very small group of companies. In recent times, however, automation and personalization of the offer became available to businesses of virtually any size.

While in the case of Amazon.com its main competitive advantage is matching the site content to the user’s interests, in the case of the largest European e-commerce company the main advantage is the machine learning CRM, known as the „Zalando Marketing Machine”. Zalando’s business model is inspired by the Zappos store (an American pioneer of selling shoes online, which, by the way, was the subject of a hostile takeover by Amazon.com in the initial period of the company’s activity).

At the end of the first decade of the 21st century, ten years after the Amazon.com website was launched, the newly created European e-commerce company faced the dilemma of selecting a key strategy of customer relationship management. The dilemma involved the choice between investment in machine learning and advertising expenditures. In the initial period of the company’s business activity the annual marketing costs amounted to 25% of its turnover.  A comparison of the effectiveness of marketing expenditures and the effectiveness of CRM and machine learning, inspired by the economic crisis at the end of that decade, has led Zalando to drastically reduce its advertising expenditures to only five million euros per month.1

Florian Heinemann, the long-term marketing director for Zalando.com claims, that the reason for the store’s success is the „Zalando Marketing Machine”2 which is a CRM –  a Customer Relationship Management system. Since the very beginning Zalando analyzed the behavior of its customers and presented them with a personalized offer on the basis of the collected information. The creators of Zalando promised themselves, that if the huge project in the form of the CRM doesn’t bring results in the first year, they would cease investing in its development and focus on aggressive advertising campaigns. The advertising expenditures dropped dramatically, the Marketing Machine is constantly developed, and Zalando is the European market leader in the fashion industry, with revenues of three billion euros in 2015, and an increase of 34% compared to 2014. Zalando currently employs around 1000 IT engineers and data scientists. Much like Amazon.com, Zalando wants to be seen as a technology company and not a retailer.

Zalando is the essence of technological thinking about e-commerce. It is a business that derives from trade, but its entire infrastructure is based on the processing of data. This thinking can be described with the following challenge: How can IT and data make marketing and sales better and more efficient? Most marketers are not data analysts or IT engineers. Zalando sees the source of its success in basing its marketing department on data and IT professionals.

Amazon’s recommendation system was initially based on the evaluations of books by the site’s users. The process didn’t work, because only a negligible percentage of the users evaluated the products. In 1998 the company introduced a much simpler recommendation system based on the principle of „customers also bought”. Thanks to this implementation, a certain group of users, known as a cluster, could be recommended books read by others. If a book purchased by you was among the books read by another user, you could see the other books purchased by him among the proposed items. This functionality was called „Similarities” and can be regarded as a pioneering method in offer personalization.

The personalization of the offer does not have to begin with the analysis of data that were collected over time. It can start much earlier. Already during the design of the store website, you can specify what information you want to use in the later automation. In order to personalize the offer on the store website it is best to use proprietary solutions, or modules offered by the creators of the platforms. The advanced personalization of the offer and the automation of shipments will be best handled by eCommerce CRM systems or marketing automation systems.

When you visit the zalando.com store for the first time, you see three large banners: women, men, kids. From the very beginning the store was designed in such a way that the user will unwittingly tell the company through their actions what products they are looking for. Each choice starting from one as general as sex, through the categories and style of the selected clothes builds a user profile and allows for a better personalization of the offer. The entire appearance of the site and the path of the user’s navigation are designed in order to better match the offer for returning visitors, and as a result, to raise the CLV (Customer Lifetime Value).

What to look for when selecting CRM tools for eCommerce?

Some of the store platforms offer the option of sending messages reminding customers about an abandoned shopping cart. The difference lies in how easy it is to launch such an automated campaign, whether the photos of the products are automatically placed in the messages and what number of customers abandoning their shopping carts will such a tool be able to identify. Check whether the system you intend to use recognizes logged-out users and whether it can identify users on multiple devices. A CRM system should also recognize and connect your existing users and newsletter subscribers with an email address. Meeting each of these conditions will allow you to send emails to over 40% of all the persons abandoning the shopping carts. More advanced mechanisms include, for example, a recommendations system. The product number, name or category and attribute are metadata, which will have a different structure in each store. That is why recommendation systems based on metadata will require tedious and costly implementation. There will also have low resistance to human error. On the other hand a system offering recommendations based on behavioral data will work in any e-store because it uses machine learning, or learning based on the behavior of other users.

If you have read „The Name of the Rose”, then you will be interested in a couple of books that were read by people who also read „The Name of the Rose”. The 1998 version of Amazon’s „Similarities” system recommending books would not, however, work in a shoe store because each shoe size would be treated as a separate product based on the SKU (stock keeping unit – a unique inventory number). If you bought the New Balance WL shoes, such a system will have problems with recommending other shoes bought by people who also bought New Balance WL. A system based on metadata will treat each size as a different product based on the SKU. By utilizing behavioral recommendations and machine learning used in the edrone CRM we will not have such a problem.

The essence of algorithms of artificial intelligence using behavioral data lies in the fact that these are not only scripts that reproduce a number of possibilities predicted by humans. Machine learning is a set of methods that allows the program to learn which product is worth offering based on the prior purchase decisions of other clients.

When selecting a tool for automation first check whether it collects and analyzes data only for the logged-in users, or for every person who visits your store. Secondly, check what percentage of the monitored users will the tool be able to connect to an e-mail address in your database and how long the information on the behavior and preferences of users is stored. Thirdly, the system should also be able to identify the user based on the opening of e-mail messages.

A certain user visits your store several times in a month and performs a series of activities that allow you to automatically adjust the offer. It also  turns out that this user is in your newsletter list. As a result, the data on their activity are linked to the e-mail address – the monitored user is identified. How much would you lose if the personalization system did not include the functionality of identification of users through the opening of e-mails?

These three factors decide the size of the group of recipients of personalized messages.

Do you know which product in your e-store is the sexiest? Most marketers will identify this product as the one that has the best sales. But were the highest sales of product X the result of its „sex appeal” or solely e-merchandising, that is the fact, that the product in question was prominently displayed in the newsletter or on the home page. Analytical tools, such as CRM for e-commerce should tell you which products are the most sexy on the basis of the ratio of clicks or orders to views.

Product X was purchased 50 times, but it was viewed as many as 10 000 times. Product Y was purchased 25 times, but it was only viewed 1000 times. Despite twice lower sales, the ratio of purchases to views in the case of product Y was five times higher than in the case of product X. Could product Y be sold 250 times, if it was prominently presented in the place of product X? In a similar way you can analyze the products that are most commonly added to the shopping cart or viewed, in order to utilize the greatest value that you have, that is, the customers who visit your store.

CRM tools will help you identify the causes and increase the chance of customer retention. Combining this knowledge with automated and personalized recommendations and the ability to dispatch messages to logged-out users will turn your e-commerce business into a genuine technology company. Opportunities in the field of artificial intelligence, such as date science and machine learning will become your own sales bots without the necessity of creating them from scratch in your company. Modern sales are effective thanks to automation. What we need to do is to look at them and select the ones that will best solve the challenges faced by your store.

Let us show you around the world of e-commerce.
Subscribe to our Newsletter